NO PI Exception to the FCRA

No PI Exception to the FCRA and other background screening rules.

Many Private Investigators (PIs) are being asked to perform background checks for a variety of purposes. However, if the background check is related in any way to employment, investigators need to be aware of the numerous laws, regulations, and court cases governing this area. There has been a dramatic increase in lawsuits against both employers and organizations performing background checks alleging the rules were not followed correctly.
There are not only federal rules, such as the Fair Credit Reporting Act (FCRA), but also numerous state rules as well. In California, for example, just a single failure to follow numerous technical rules can expose a PI to a $10,000 civil liability per background check, and that can arguably occur even if no one was harmed. If the release form does not contain all the required language, or certain language is not on the PI’s web site or report, a PI may receive a “10K letter”—meaning a letter demanding $10,000 for failure to comply. In fact, there have been multi-million dollar class action settlements based upon semantics and paperwork errors where no person was actually harmed in any way.

For Private Investigators, it is critical to understand that there is no “PI Exception” to the FCRA and state rules. A PI performing an employment background check is by definition a Consumer Reporting Agency (CRA) as defined by the FCRA and has to follow all the same rules as any credit bureau or background screening firm.

It is even a bigger shock to some PI’s to learn that there are occasions when they legally must suppress certain criminal information in an employment report, under either the FCRA or state rules. For professional investigators, the general mindset is that all information is relevant. However, background screening occurs in an area that is heavily regulated because it impacts employment and where as a matter of social policy there has been a legislative determination that certain criminal matters cannot be reported. It can be very difficult to purposelessly suppress information that seems relevant where a CRA cannot legally report it or where an employer cannot legally consider it. However, failure to withhold the information can lead to expensive legal repercussions.
To add to the complication, even if a matter can be legally reported, employers need to be educated on the proper use of criminal records. The U.S. Equal Employment Opportunity Commission (EEOC), the federal agency that enforces Title VII of the Civil Rights Act, produced guidance in April 2012 that may change the way every employer in America hires. Anyone performing background checks needs a complete understanding of the EEOC rules that prohibit the automatic disqualification of anyone with criminal records without taking into account whether the use of the record is job related or consistent with business necessity.

The typical background check is done pre-employment before the person is hired. However, the rules also apply even if the check is for purposes of promotion, reassignment, or retention. Even if the background check is based on suspicion of wrongdoing or misconduct by a current employee, the FCRA still has application. In a situation where a PI is investigating a current workplace problem—such as allegations of embezzlement, theft, violent threats, or drug dealing—some FCRA considerations remain such as providing notice of adverse action at the end of the investigation if needed.

The bottom line—a Private Investigator who engages in any sort of employment related investigation needs to understand that there are many traps for the unwary in the form of federal and state laws, regulations, and court cases they need to fully understand, and that this entire area is extremely regulated. The best course of action is to consult with an attorney that specializes in FCRA and state law compliance in order to avoid a minefield of potential legal issues and claims. 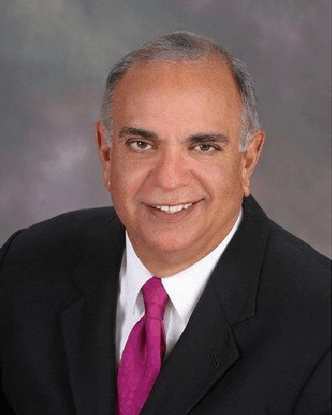 Author Bio
Attorney Lester Rosen is Founder and CEO of Employment Screening Resources (ESR), a nationwide background check firm located in the San Francisco, CA-area that is accredited by the National Association of Professional Background Screeners (NAPBS). He is the author of “The Safe Hiring Manual” and a licensed Private Investigator in the state of California. For more information about Employment Screening Resources (ESR), call Toll Free 888.999.4474 or visit http://www.esrcheck.com.