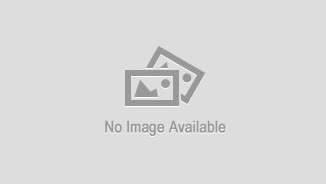 He has been involved in the following types of cases: locating missing persons & fugitives, insurance defense, Due Diligence backgrounds of companies & individuals, protection of personnel, equipment, property and information. For the last thirty years, he has been the Chief Investigator (pro bono) for all three of Philadelphia’s Legal Aid Services & was the recipient of their highest honor, The Chief Justice Brennan award, in 2003. His many years of bail fugitive recovery have given him expertise in locating abducted children, missing persons & skip chasing domestically & worldwide. For ten years, until their demise, he handled all the international legal paper services for Depo-Net. Criminal defense investigations are usually limited to self-defense homicide, shooting cases, & fugitive recovery. He is a court certified expert witness on crossing international borders in the state of California. He is a court certified or accepted as an expert witness in bail enforcement, shooting cases, firearms & shooting ranges in NY, PA, FL, & WV. He is an adjunct expert witness for DJS Associates in PA & Thompson Reuters EW Services. A few years ago, he conducted an investigation for the Nationalist Political party of Taiwan China and then testified on a panel, as a firearms/shooting expert, in Taipei, that the shooting of the president of Taiwan, Chen Shui-Bian, was fraudulent and staged.

He has given instruction to police, security persons and civilians, locally, nationally and worldwide. He was a firearms instructor and consultant to the Defense Ministry of the Philippines, consultant to King Fahd bin Abdul Aziz, of Saudi Arabia and for the Detective Division of the Palestine Authority Police Department. He gave classes in Executive Protection and Shooting techniques at a security school in Kiev Ukraine. As an instructor at the prestigious, Executive Security International of Aspen Colorado, he taught legal photography, surveillance, and bail enforcement. He was a firearms columnist for The Professional Investigator, The Voice of the American Bounty Hunter and Pursuit Magazine. He is a contributing writer/photographer for PI Magazine.

His memberships include the following: Pennsylvania, New York, California, Texas & Florida PI associations, and a number of international PI associations in the USA, Europe and Asia. He was voted the first recipient of the “International Investigator of The Year” award at the 4th European Detective Congress in London England. He is currently this association’s representative for the USA. He was on the advisory board of the National Association of Bail Enforcement Agents for ten years and was an adjunct instructor for them &, the National Institute of Bail Enforcement in Arizona & the National Association of Bail Recovery Agents in Philadelphia PA.